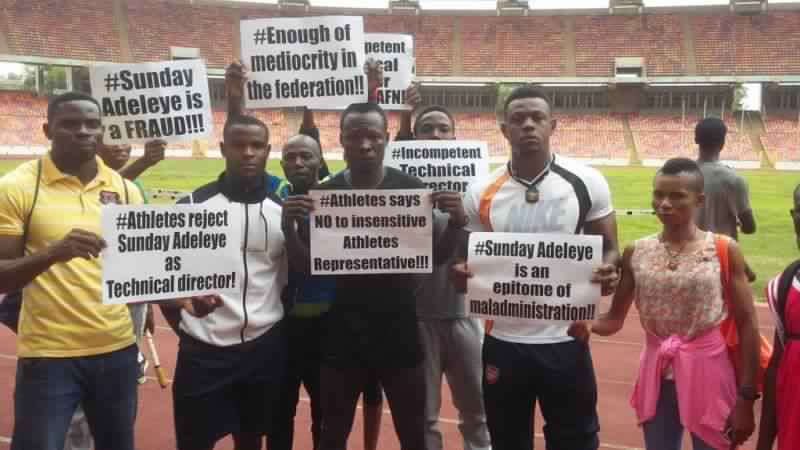 The decision followed an emergency meeting of the board of the AFN regarding the protest, Sunday Adeleye, AFN Technical Director, told reporters.

Asaba, Delta State of Nigeria, is billed to host the event in August.

Athletes had earlier on Sunday barricaded the tracks at the Abuja National Stadium and demanded talks with the AFN board to address poor welfare condition and failure to redeem outstanding allowances.

Some of the athletes decried the harsh welfare conditions with which they compete at any event organized by the AFN.

They also criticized the athletes’ representative on the AFN board for not representing their interests adequately.

All efforts to return the athletes to action proved abortive, as they held a meeting and decided that they would not compete except their grievances were looked into.