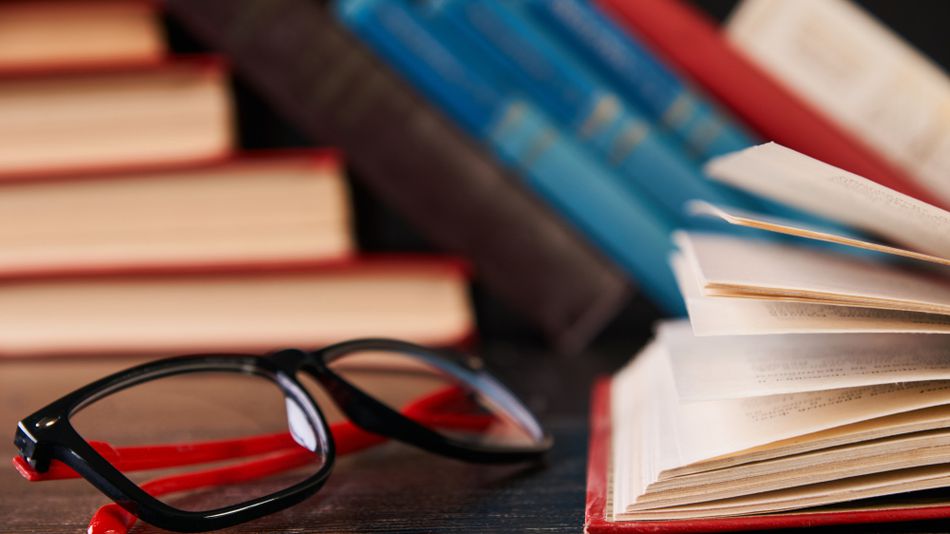 Nigeria is the most populous country in Africa, radiating political, cultural and economic influence across the continent and around the world. Yet Nigeria’s incredible complexity — composed of hundreds of ethnic groups and languages — can be daunting even to those interested in understanding the country. The nonspecialist can also be easily misled by the popular image of Nigeria as a land of Internet scammers and, more recently, fanatical jihadists. Three recent books, however, make Nigeria more accessible to the beginner and more comprehensible to the specialist. These books take up core issues facing the country, especially the Boko Haram crisis and the future of Nigeria’s democracy.

John Campbell and Matthew Page’s “Nigeria: What Everyone Needs to Know” is the most explicitly introductory of these texts. Written by a former U.S. ambassador to Nigeria (Campbell) and a former U.S. intelligence analyst (Page), the book is organized as a series of questions and answers. These short units are helpfully organized into thematic chapters concentrating on history, economics, religion, politics, security, foreign relations and trends. The politics chapter, for example, is rich and informative, with one unit walking the reader through a typical day in the life of a Nigerian politician, which includes “round-the-clock politicking in the form of courtesy visits, incessant phone calls and text messages, and late-night strategy sessions.”

Although introductory, the book interrogates some of the same themes that interest the authors discussed below. For instance, Campbell and Page cover Boko Haram’s tortuous evolution in just five pages, covering all the key turning points. Similarly, the authors take a sober look at Nigerian democracy, highlighting the corruption and rigging that permeate elections but also noting the country’s positive milestones — especially a transfer of power by the ballot box in 2015. Succinct and expert, the book belongs on the shelf of any student of Africa.

Brandon Kendhammer and Carmen McCain’s “Boko Haram” narrates and richly contextualizes the story of Boko Haram, the jihadist group based in Nigeria, tying together the observations of scholars and Nigerian journalists, analysts and authors. The authors examine Boko Haram’s own story; the insurgency’s impact on Nigerian politics and society; and the question “Who speaks for Boko Haram’s victims?” Critical of media coverage of the conflict as well as of elite Nigerians’ sometimes self-serving efforts to speak for victims, the authors note ordinary Nigerians’ “deep longing for a peaceful multireligious and multiethnic society.”

The question of who speaks for the victims appears throughout the book, as the authors deftly assess the diverse, fragmented range of people touched by the insurgency, all of whom bring both distinct perspectives and deep biases. For example, the authors show that there is no such thing as a single “Nigerian Christian perspective.” While many observers picture Nigeria as having a “Muslim north” and “Christian south,” the authors report on northern Christians’ experiences. In one insightful passage, the authors write, “Because of their experiences living alongside Muslims, northern Christians can sometimes be powerful voices against the stereotypes and misrepresentations of the region proffered by Christians in the south. Yet their histories as minorities have also made many of them suspicious of the motivations of the northern elite.” The divisions sown by the conflict, the wide circulation of conspiracy theories, the authorities’ penchant for obfuscation, and Boko Haram’s “flexibility in the face of changing circumstances” all inform the authors’ pessimistic — but justified — conclusion that Nigeria should expect more conflict.

Carl LeVan’s “Contemporary Nigerian Politics: Competition in a Time of Transition and Terror” examines the 2015 election, when the new All Progressives Congress (APC) party defeated the largest ruling party in Africa, the People’s Democratic Party (PDP).

LeVan argues, simply but refreshingly, that the APC defeated the PDP by campaigning “on economic issues.” Here LeVan breaks with the widespread but crude (and sometimes implicitly racist) idea that African elections are always about big men mobilizing their own ethnic groups and never about voters thinking through issues for themselves. Although the book is not about Boko Haram, it does ask how the movement’s violence has affected Nigeria; LeVan analyzes what he calls “the paradox of democratic counter-terrorism,” in which politicians may attempt to pander to voters through showy but ineffective gestures at repression. This idea informs LeVan’s predictions for Nigeria’s future, which are a notch more hopeful than those of Kendhammer and McCain, but still quite sober: “Nigeria may have navigated the treacherous waters of party turnover for the first time in 2015. But it has yet to prove its democratic constitutional mettle by asserting civilian control over the security services, reining in its politicians, and institutionally adapting to stress points facing the Fourth Republic.” By highlighting the causes, mechanics and limitations of this election’s crucial turnover of power, LeVan’s book offers an admirable and sophisticated view of one of the most important elections on the African continent in this century.

Nigerians could be forgiven for raising an eyebrow at a spate of books (including my own) in which white Americans seek to explain Nigeria to the world. On social media, at conferences and elsewhere, questions about power dynamics in the global academy are surfacing more and more. A cohort of young scholars in Africa and in the Diaspora — perhaps most prominently in Somali studies — are increasingly challenging the mantle of authority that white Western scholars wear. All the authors reviewed here, however, have spent substantial amounts of time living, working and researching in Nigeria. All have made extensive efforts to cite widely from the vast literature produced by Nigerian academics, journalists, novelists and others. Outside the pages of these books, the authors have all collaborated substantially with Nigerian peers while elevating junior Nigerian scholars. In the best-case scenario, the expansion and clarity of Western academic literature on Nigeria will be paralleled by growing access, for Nigerians, to the resources and platforms to publish and promote their work.

About the Author:  Alex Thurston (@sahelblog) is assistant professor of political science at the University of Cincinnati, and author of “Salafism in Nigeria: Islam, Preaching and Politics” (Cambridge University Press, 2016) and “Boko Haram: The History of an African Jihadist Movement” (Princeton University Press, 2017).

YouTube has announced an initiative to support emerging talent from Nigeria. YouTube’s Global Head of Music, Lyor Cohen, was joined on stage at the Google for Nigeria in Lagos with Nigerian music star Mr Eazi to unveil the program. The platform will … END_OF_DOCUMENT_TOKEN_TO_BE_REPLACED 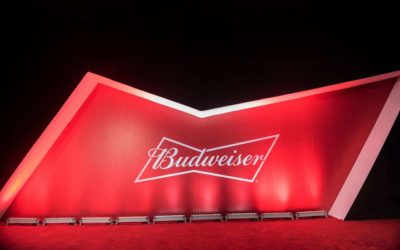 On Saturday 1st & Sunday, December 2nd, the prolific Nigerian-American photographer and documentarian Chi Modu will exhibit his work for the first time in Lagos at Budweiser’s music platform BUDX – which is at the heart of shaping emerging music. The 2-day series will consist of masterclasses … END_OF_DOCUMENT_TOKEN_TO_BE_REPLACED 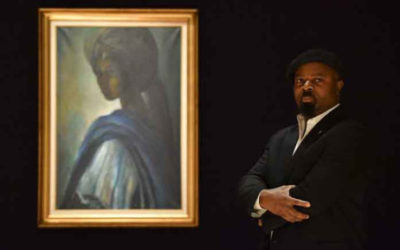 The Nigerian Mona Lisa, a painting lost for more than 40 years and found in a London flat in February, is being exhibited in Nigeria for the first time since it disappeared. “Tutu”, an artwork by Nigeria’s best-known modern artist, … END_OF_DOCUMENT_TOKEN_TO_BE_REPLACED 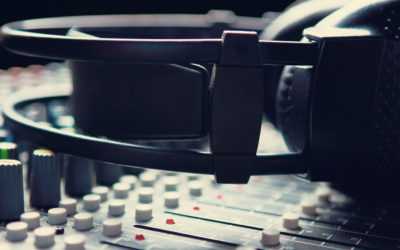 Vivendi’s Universal Music Group (UMG) will launch a new division in Nigeria as part of efforts by the world’s largest music label to expand into Africa’s most populous nation and the wider region. The global music entertainment group said on … END_OF_DOCUMENT_TOKEN_TO_BE_REPLACED 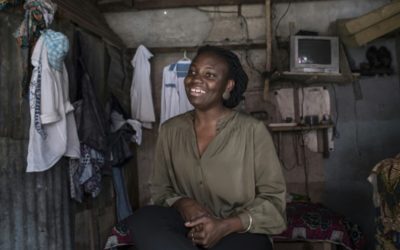 A low budget comedy set in the working class suburbs of Nigeria’s capital, Ema Edosio’s debut film “Kasala!” is a world away from the usual style and glamour of Nollywood. Instead it almost oozes sweat, dust and marijuana with the … END_OF_DOCUMENT_TOKEN_TO_BE_REPLACED 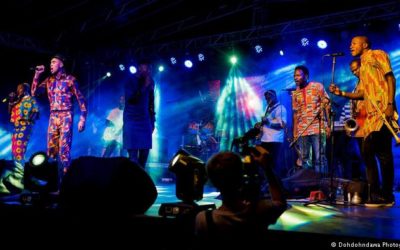 On June 29 the renowned Nigerian concert series once again hits Lagos. Its organizer, German-Nigerian musician Ade Bantu, sees Afropolitan Vibes as a venue for political criticism and a way to promote young musicians. It’s been around 10 years since renowned … END_OF_DOCUMENT_TOKEN_TO_BE_REPLACED 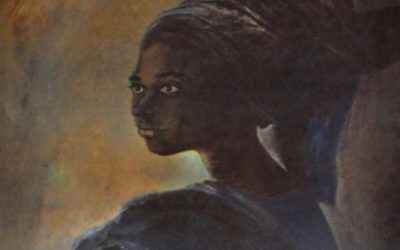 The long missing painting of an Ife princess that attained an almost mythical status after going decades unseen has been discovered in a north London flat, the London-based Guardian newspaper reported Tuesday. Ben Enwonwu’s 1973 painting of the Princess Adetutu … END_OF_DOCUMENT_TOKEN_TO_BE_REPLACED 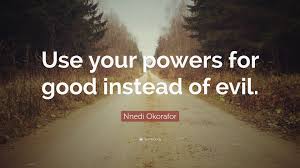 Nnedi Okorafor can now add comic book writer to her esteemed resume. The Nigerian-American science fiction writer and 2016 Quartz Africa Innovator announced on Twitter that she’ll be penning an eight-page comic for Marvel’s forthcoming Venomverse anthology, which is slated to come out … END_OF_DOCUMENT_TOKEN_TO_BE_REPLACED 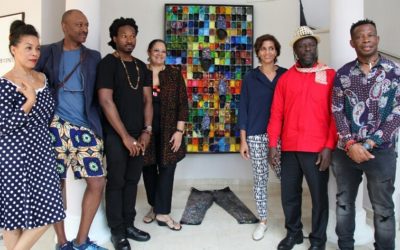 Six leading and emerging artists with strong roots in Germany and Nigeria will present to the public ‘Wandelust,’ an exhibition of 40 paintings, drawings, photographs, and mixed media works, in Lagos on July 10. Chidi Kwubiri, Junkman of Africa, Emeka … END_OF_DOCUMENT_TOKEN_TO_BE_REPLACED