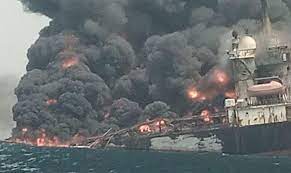 An oil production ship exploded off the coast of Nigeria in what may prove to be the nation’s second major environmental setback in three months.

The Trinity Spirit, able to store about 2 million barrels of oil, blew up early Wednesday, Shebah Exploration & Production Co., which has the vessel on lease, said in a statement. The ship can process up to 22,000 barrels a day, according to the company’s website.

While no fatalities have been confirmed, 10 crew were on board the vessel when it exploded, according to Shebah. The company said it is investigating the cause.

The incident puts increasing focus on the oil industry’s environmental legacy in Nigeria. In November, a well operated by independent producer Aiteo Eastern E&P Co. blew, spewing oil and gas into the air and surrounding river for five weeks before it was capped.

As international companies such as Shell Plc sell their remaining onshore and shallow water assets in the country, activists and local communities fear they will retreat without addressing widespread damage allegedly caused by decades of pumping oil.

It’s unclear how much crude was being held on the Trinity Spirit. Data published by Nigeria’s state-owned energy company show no production from Shebah’s permit in 2020 or 2021, while the country’s oil regulator announced in mid-2019 it was revoking the license.

Shebah is in receivership, according to the company’s statement. The firm had offered the vessel, which is owned by a related company, to the Asset Management Corporation of Nigeria, or AMCON, the state-owned debt recovery agency, to pay down some of its debt, a spokesman for the government agency said. “The process was yet to be concluded,” he said. 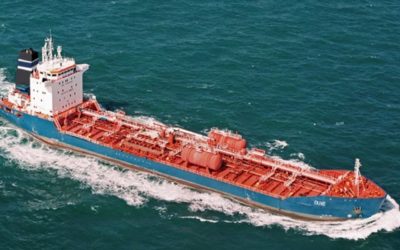 An oil tanker was attacked on Sunday in West Africa’s Gulf of Guinea and most of its crew were kidnapped, the latest in a string of incidents highlighting the security risks to shipping in the region. The vessel — an … END_OF_DOCUMENT_TOKEN_TO_BE_REPLACED

Jihadists aligned to the so-called Islamic State group have executed one of six aid workers abducted in July in northeast Nigeria, charity group Action Against Hunger has said. “The armed group holding captive an employee of Action Against Hunger (ACF), … END_OF_DOCUMENT_TOKEN_TO_BE_REPLACED 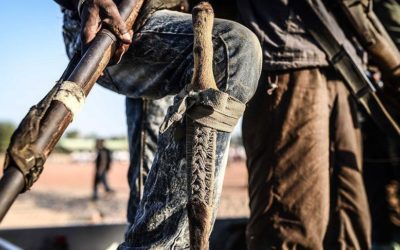 The United Nations’ country director, Edward Kallon has lamented the spate of killings in Nigeria. Citing the government’s statistics, Kallon noted that over 1,400 people have lost their lives in different parts of the country as a result of kidnapping … END_OF_DOCUMENT_TOKEN_TO_BE_REPLACED

A global crackdown on cybercrime has led to the arrest of 281 people, mostly in Nigeria and the United States, officials said Tuesday. The FBI and Nigeria’s anti-graft agency announced at a joint press conference that 167 people in Nigeria … END_OF_DOCUMENT_TOKEN_TO_BE_REPLACED

Prices of food stuffs and other commodities have increased in many border towns and most of the country’s cities as the borders remain partially closed, Daily Trust reports. The partial closure is as a result of joint security exercise conducted … END_OF_DOCUMENT_TOKEN_TO_BE_REPLACED 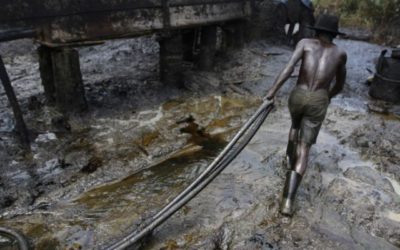 Shell’s subsidiary in Nigeria says the oil giant is losing 10,000 barrels of oil a day to thieves in the West African nation – at a cost of $560,000 (£452,000) a day. The losses by vandals attacking oil pipelines in … END_OF_DOCUMENT_TOKEN_TO_BE_REPLACED 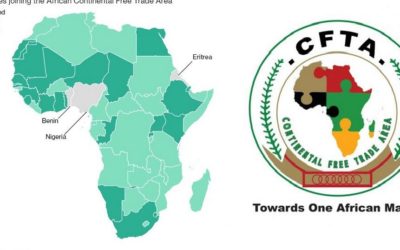 Joining the African Continental Free Trade Area should be good for Nigeria’s economy and for the continent, but plenty of work remains to be done if both are to be successful. On 7 July Nigeria became a signatory of the … END_OF_DOCUMENT_TOKEN_TO_BE_REPLACED 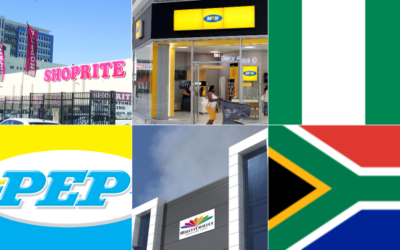 Nigeria’s ruling party urged the government to nationalise South African companies operating in the West African nation in retaliation for xenophobic attacks on its nationals. Relations between Africa’s two biggest economies have been tense following attacks on businesses run by … END_OF_DOCUMENT_TOKEN_TO_BE_REPLACED