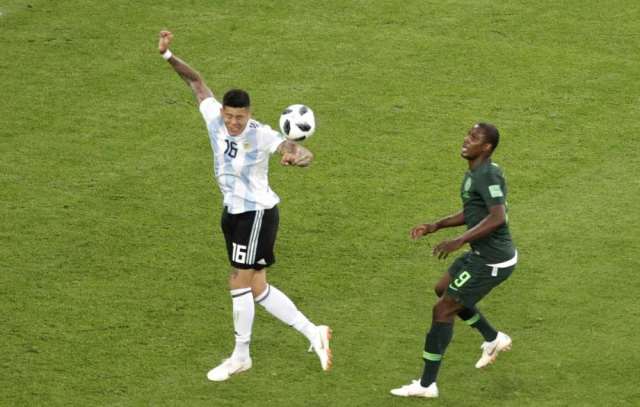 Nigerian striker Odion Ighalo has spoken out against alleged death threats from fans who blamed him for the country’s failure to advance to the round of 16 at the FIFA World Cup in Russia.

Ighalo was blamed for missing what fans believed was a golden opportunity to score a crucial goal against Argentina last week, which could have seen the African nation progress to the knockout stage.

He has received online insults and alleged death threats since the match, which finished 2-1 in favour of Argentina.

Ighalo took to social media on Friday to appeal to those who “want to kill him”, and to remember he was “someone’s child”.

“Great experience to be at the World Cup and I enjoyed every moment of it,” he wrote on Instagram in the local pidgin vernacular.

“We did our best but sometimes things don’t always go the way you want, but life has to go on.

“For those that want to kill me abeg na person pikin I be o (please I am someone’s child).”

A spokesperson from the Nigerian Football Federation said it strongly condemned threats to any of its players.

“We understand that people might have been hurt by the loss to Argentina, and failure to qualify for the knockout stage. But we condemn any threat on the life of any of our players or their loved ones,” spokesperson Ademola Olajire told CNN.

“We will immediately alert the police to this issue.”