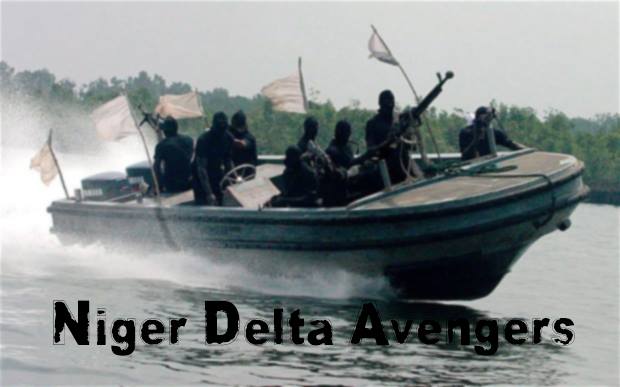 (AFP) – A Nigerian rebel group has announced a conditional ceasefire and agreed to hold talks with the government following months of attacks on key oil and gas facilities that have hammered the economy.

In a message posted on the Niger Delta Avengers’ (NDA) website late on Saturday, the group said it would “observe a cessation of hostilities,” so long as the country’s ruling party stops what it called harassment of innocent civilians.

It said it would support efforts to negotiate with “the federal government of Nigeria, representatives from the home countries of all multinational oil corporations and neutral international mediators.”

There have been unconfirmed reports for several weeks of talks underway with Abuja, and the government of President Muhammadu Buhari has invited rebels to discussions several times.

But the NDA never publicly acknowledged that it was engaged in negotiations, or that it would support efforts by community figures from the area.

The NDA said it would honour its ceasefire pledge “unless the ruling political APC (All Progressives Congress party) continues … to arrest, intimidate, invade and harass innocent citizens and invade especially Ijaw communities.”

Otherwise it warned: “We promise to fight more for the Niger Delta, if this opportunity fails.”

The Ijaw ethnic people of Delta, Rivers and Bayelsa states have long dominated oil rebel groups operating in the area, although experts say militants from other communities have also set up new branches.

When he took office last year President Buhari announced he wanted to progressively wind down a scheme which had offered amnesty to former members of armed groups in the Delta, notably the Movement for the Emancipation of the Niger Delta (MEND).

The scheme was inherited from the previous government of Buhari’s predecessor Goodluck Jonathan.

Since 2009 large sums of money have been paid in allowances to some 30,000 former fighters, while training programmes were offered to those who pledged to lay down their arms.

MEND, which is in talks with the government, distanced itself from the NDA in a statement Sunday.

“MEND reiterates its full support for the ongoing military presence in the Niger Delta region,” said the statement by its spokesman Jomo Gbomo, accusing the NDA of being supported by former president Jonathan to destabilise the country.

The NDA has carried out a string of devastating attacks on Nigeria’s oil pipelines and facilities since the start of the year.

Two state-owned pipelines were blown up in the delta region on Friday, in attacks blamed on the NDA.

Also on Friday, a

Earlier this month, the NDA threatened to pull the oil region out of Nigeria, accusing the president of fuelling divisions in the country.

Oil majors including Shell, Exxon, Chevron, Eni and the state-run oil group NNPC have all been targeted by attacks this year.

The assaults have reduced Nigeria’s output by 21.5 percent since January, according to the Organisation of Petroleum Exporting Countries (OPEC), hammering government revenue at a time of low global oil prices.

Before the attacks, the oil sector accounted for 90 percent of the nation’s foreign exchange earnings and 70 percent of government revenue.

Nigeria’s economy has been hit badly by the global fall in oil prices since mid-2014, which has hit government revenues hard and forced up inflation to an 11-year high.

But despite the billions of dollars generated since the discovery of crude in Nigeria in the 1950s, most people live in dire poverty around the creeks and rivers of the oil-producing southern delta region.