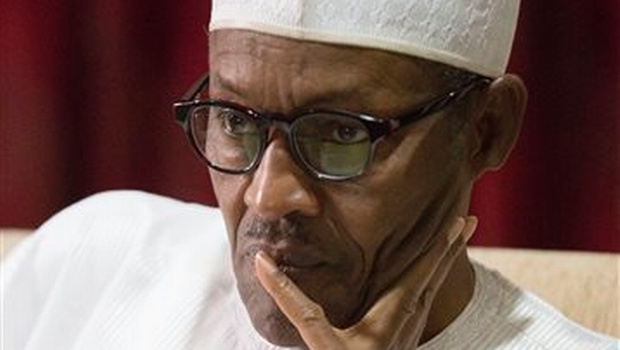 At least the taxi drivers in Lagos are happy, even if businessmen in Nigeria’s commercial capital are not.

A year after becoming president, Muhammadu Buhari pulled out of his first official visit to Lagos on Monday, averting citywide gridlock but angering business leaders who said the 73-year-old former military ruler is deaf to their plight.

With Africa’s largest economy now contracting, the foreign exchange market frozen by red tape and a new Niger Delta insurgency sending crude oil output to a 20-year low, it is a plight that gets worse by the day.

Yet businessmen say Buhari, who swept to power in an election a year ago, remains oblivious and continues to sacrifice short-term growth in pursuit of his long-term dream of overhauling the way Africa’s most populous nation works.

To many, sending Vice-President Yemi Osinbajo, a Lagos commercial lawyer, to the meeting in his place – despite thousands of posters welcoming “the People’s President to No. 1 Africa’s mega city” – was another sign of his disdain.

“It is rather unfortunate that the federal government would raise the expectations of the people… only to cancel the presidential visit, seemingly with no obvious cogent reasons being given,” said Yemi Adeleke, director of World Trade Centre, a trade and investment agency.

Buhari’s spokesman Garba Shehu said the president, who is based in the capital, Abuja, was forced to postpone his visit after being “faced with scheduling difficulties”. Buhari will visit the port city after the Muslim fasting month of Ramadan which ends at the start of July, he added.

Foremost among private sector complaints are foreign exchange curbs initially introduced to protect currency reserves hammered by the decline in the price of crude oil, but which are now a pillar of Buhari’s vision of a transformed economy.

In order to keep the naira at 197 to the dollar, the central bank has scuppered the interbank foreign exchange market, blocking access to dollars for anybody not armed with a valid overseas invoice.

Buhari has argued that this is about ending speculation, as well as a decades-long cycle of devaluations that has hit ordinary Nigerians in the form of high inflation and discouraged the investment needed to build a serious domestic factory sector.

“It is extraordinarily frustrating for those of us in the business community who supported him that he has chosen to be intransigent about something it seems as if he doesn’t really understand,” said Timi Soleye, president of CRYO Gas and Power.

Critics, including the International Monetary Fund, point to a currency trading at almost half its official value on the black market, fuelling expectations of a devaluation that are now so widespread that investment has dried up.

This view received support on Friday, when the National Bureau of Statistics revealed the economy shrank 0.4 per cent in the first quarter, with industry and manufacturing shrinking 5.5 per cent and 7 per cent respectively.

“It is now clear that the adverse effects of the oil price shock have filtered through to the demand side of the economy, and we maintain our view that Abuja’s current policy framework only serves to exacerbate the oil shock,” Cape Town-based NKC African Economists said.

“The economy might still find itself on a slightly firmer footing towards year-end, but this will largely depend on Abuja abandoning some of its unconventional economic policies.”

Vice-President Osinbajo hinted at changes when he called this month for a “substantial” review of foreign exchange policy, but there are few signs of this filtering down to the Central Bank of Nigeria, which announces its latest monetary policy decision Tuesday.

Over the last year, Governor Godwin Emefiele’s speeches have chimed closely with Buhari’s views on the economy and currency, and this month the bank explicitly denied an online media report of an imminent devaluation to 290 to the dollar.