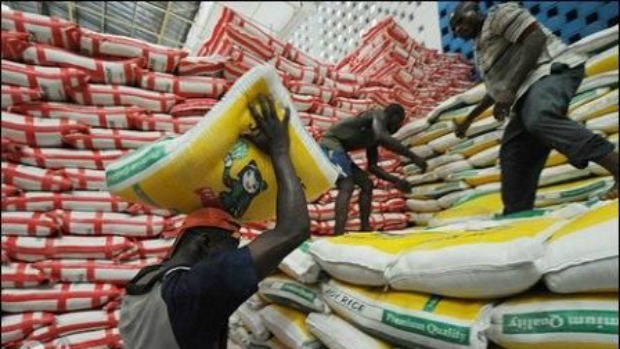 Nigeria’s President Muhammadu Buhari has told his country’s central bank to stop providing funding for food imports, his spokesman said in a statement on Tuesday – a move that has raised questions about the central bank’s independence.

Nigeria, which has the largest economy in Africa, is the continent’s top oil producer and relies on crude sales for about 90 percent of its foreign exchange. Low oil prices led to a 2016 recession from which the country emerged two years ago.

Since Buhari first took office in 2015, Nigeria’s central bank has presided over policies aimed at stimulating growth in the agricultural sector to reduce dependence on oil. Those policies included a 2015 ban on access to foreign exchange for 41 items that the bank felt could be produced in Nigeria.

“President Muhammadu Buhari … disclosed that he has directed the Central Bank of Nigeria (CBN) to stop providing foreign exchange for importation of food into the country,” Tuesday’s statement said.

“Don’t give a cent to anybody to import food into the country,” Buhari is quoted as saying in the statement, which noted that the call was in line with efforts to bring about a “steady improvement in agricultural production, and attainment of full food security”.

“The foreign reserve will be conserved and utilised strictly for diversification of the economy, and not for encouraging more dependence on foreign food import bills,” the statement added.

The move comes only weeks after Central Bank Governor Godwin Emefiele in July said the bank would ban access to foreign exchange for the importation of milk.

Tuesday’s statement prompted many observers to point to the central bank’s status as an independent body.

“The Central Bank Act of 2007 makes it clear that the bank is independent. It is not supposed to be taking direct instructions from politicians,” said Kingsley Moghalu, who served as deputy central bank governor from 2009 to 2014.

“The trajectory in this administration is that we have seen a very clear tendency for the president to direct people. Increasingly Nigeria’s institutions have lost independence,” said Moghalu, who was a contender in February’s presidential election.

Bismarck Rewane, an economist and the head of Lagos-based consultancy Financial Derivatives, also said the bank was supposed to be independent.

A central bank spokesman did not immediately respond to phone calls and text messages seeking comment.

Buhari has been a vocal supporter of such restrictions and one of his first moves after his re-election in February was to reappoint the central bank governor.

Rewane said a curb on foreign exchange for food imports could backfire after Buhari last month signed on to the African Continental Free Trade Agreement (AfCFTA). That deal seeks to create a continent-wide free trade zone where tariffs on most goods would be eliminated.

“At this point in time, these rules will be manipulated in the interest of smugglers and their accomplices,” said Rewane.

Import controls on rice – imposed even as local farmers fail to meet demand – have kept prices artificially high and led to smuggling from neighbouring Benin into Nigeria.