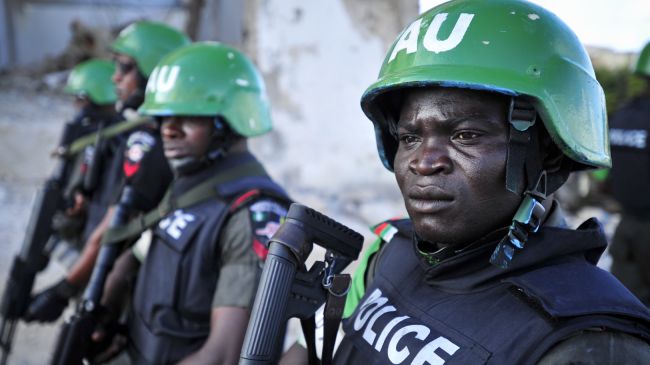 African leaders agreed to deploy 7,500 troops to fight the Boko Haram insurgency in northeastern Nigeria, an African Union spokesman said Saturday.
The announcement was made in Ethiopia’s capital of Addis Ababa at the end of a two-day AU Summit, which AU Chairwoman Nkosazana Dlamini Zuma said would focus on the extremist group. Boko Haram has since 2009 waged war to attain an Islamic state in Nigeria, killing more than 10,000 and displacing over a million.

“I am deeply horrified by the tragedy Boko Haram continues to inflict on our people, kidnapping young girls from school, torching villages, terrorizing whole communities and the senseless killing,” Dlamini Zuma said before the summit, adding, “We must act now, and act collectively against this progressing threat.”

Dlamini Zuma on Friday called for a five-nation fighting force to combat the group, the same day U.S. officials promised more training, equipment and technical support in efforts against the militants and a day before Iran’s deputy foreign minister, Hossein Amir Abdollahian, said his country would share its “experiences in combating terrorism to defeat Boko Haram,” saying it would be achieved “without doubt.”

Cameroon, Chad, Niger, Benin and Nigeria all agreed to form a multinational force and increase cooperation against the group.

Chad and Cameroon have already been pulled into the fight against the extremists, with Cameroon claiming it has killed hundreds of Boko Haram fighters within its borders and Chad’s military saying on Friday it had seized a town from the group across the border in Nigeria.

Boko Haram has stepped up attacks leading up to Nigeria’s national elections on Feb. 14, including an assault on Maiduguri on Sunday that Nigerian military officials said they defeated, suicide bombings by young girls earlier in the month and an attack against Baga, where thousands of people are missing and presumed dead.

AU leaders will meet in Cameroon next week to detail a coherent strategy for the campaign against the group.