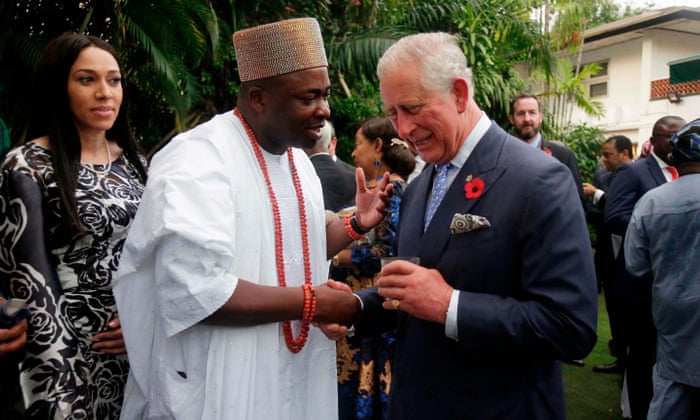 He’s better known for speaking the Queen’s English but the Prince of Wales on Wednesday turned to pidgin as he visited Nigeria’s commercial capital.

“How you dey? (How are you?)” he asked assembled dignitaries, including former heads of state, presidential candidates, leading politicians, and stars from the world of fashion, music and the arts.

Queen Elizabeth II’s eldest son and heir, who turns 70 this month and winds up a tour of The Gambia, Ghana and Nigeria on Thursday, said he was pleased to be back in “Lasgidi” (Lagos).

“I find it hard to believe that nearly 30 years have passed since I first came to this city,” he added in a speech at the British Deputy High Commissioner’s residence.

“As they say, ‘God don butta my bread’ (God has blessed me),” he said, praising the city for its dynamism and energy.

Lagos – home to more than 20 million people and driver of the economy of Africa’s most populous nation – is a hub of innovation and industry.

Charles, whose Prince’s Trust has helped launch the careers of hundreds of thousands of young entrepreneurs, said both shared the same spirit of imagination and ingenuity.

“If life dey show you pepper, make pepper soup,” he said, which roughly translates to “life is what you make it”.