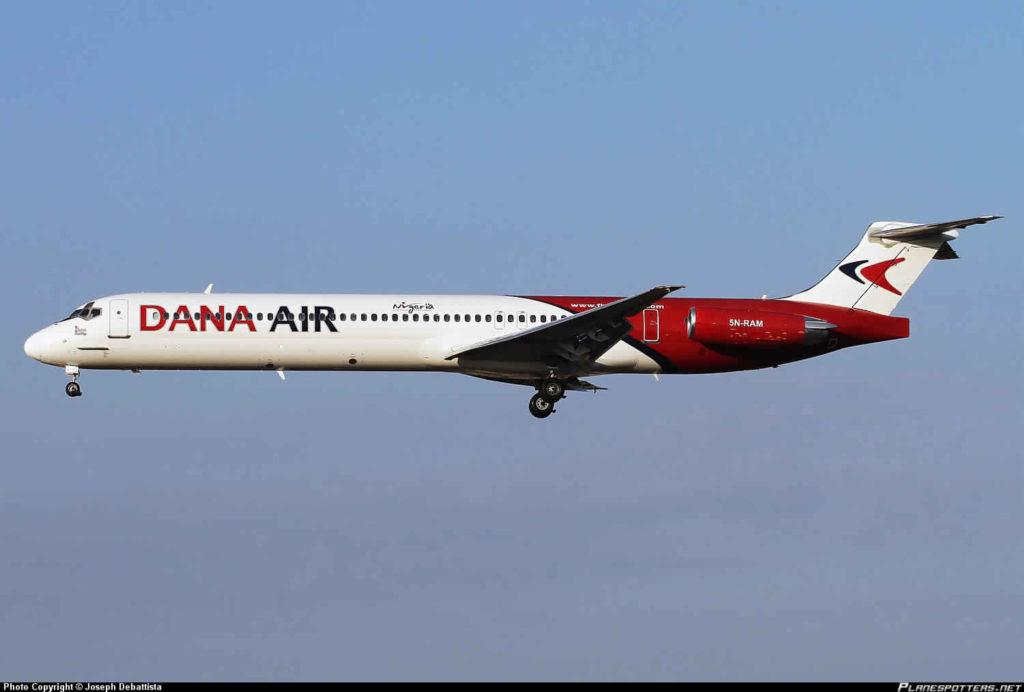 Some passengers of Nigerian air carrier, Dana Airline, expressed fear when the door of an aircraft belonging to the airline fell off upon landing.

One of the passengers on the flight, Dapo Sanwo, said the door panel was loose all through the flight,a situation he described as an indication of “lack of maintenance.”

Another passenger, Ola Brown, who took to his twitter page to vent his frustration, said the experience was scary.

Mr. Brown narrated that the exit door of the aircraft was unstable all through the flight, adding that it fell off as soon as the aircraft landed.

“Flew Dana. Exit door was unstable throughout flight. As we touched down, it fell off. Scary stuff,” he wrote on twitter.

“I was closer to the front so when I heard the sound, (I) thought it was an explosion. (I) couldn’t quite comprehend that it (the door) had just fallen off.”

Details of the incident and its causes were not immediately clear.

When PREMIUM TIMES contacted the corporate communication desk of Dana Air Wednesday morning, the airline said it would need to be briefed by its engineers before reacting to the development.

“We need to also get the engineers to give their report,” a staff of the airline’s corporate communication desk told PREMIUM TIMES Wednesday morning.