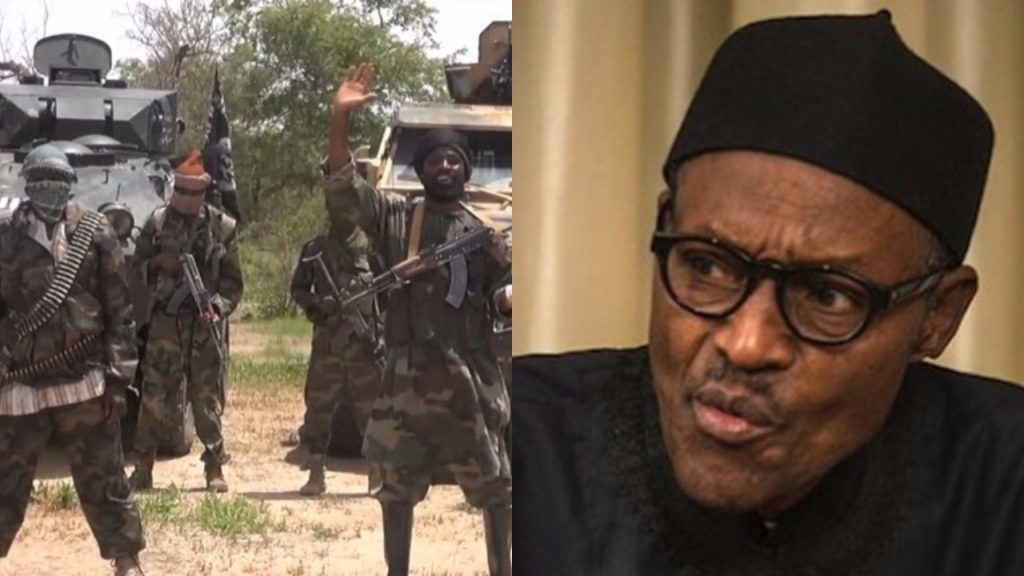 As Nigeria prepares for general elections in February, a series of attacks by Boko Haram has focused attention on the security situation in the country.

The armed group appears to have regained ground in the country’s northeast in 2018, pushing into towns and villages it had previously lost to the Nigerian military.

With an escalation of attacks in recent months, the Nigerian government’s claims of victory against Boko Haram appear premature.

The nine-year conflict with Boko Haram, that has killed more than 20,000 people and displaced two million others from their homes in Nigeria, has also spread to neighbouring Chad, Niger and Cameroon.

As Nigerian President Muhammadu Buhari embarks on a re-election bid, he has called for urgent measures to curtail the resurgence of Boko Haram attacks.

At an emergency meeting of leaders from the Lake Chad region on Thursday in Chad’s capital, Ndjamena, Buhari urged them to not “cave in” to the attacks.

“The group’s renewed strategy of increasingly mining the area as well as its recent deployment of unmanned aerial vehicles for surveillance have proved to be critical factors in the resurgence of attacks in the region,” Buhari said.

“These activities are aimed at weakening our collective resolve to eradicate them from the region,” he said.

Nigerian troops have come under repeated attacks in recent months, resulting in multiple fatalities and the theft of their military equipment.

In one such attack, a Boko Haram faction attacked a military base on 18 November in the village of Metele in Borno state, northeast Nigeria.

“In the last 2-3 months, we have noticed daring moves by the terrorists, increased use of drones against our positions and infusion of foreign fighters in their ranks,” Nigerian army spokesperson Sani Usman said in a statement from Abuja.

Fighters from the Islamic State West Africa Province (ISWAP) faction of Boko Haram have claimed responsibility for the attacks.

The attacks have focused more attention on security issues in Nigeria in advance of the presidential election in February.

“Protection is a right that citizens expect their government to fulfil. There is a need to improve security across Nigeria,” Isa Sanusi, spokesperson of rights group Amnesty International Nigeria, told Al Jazeera.

For Buhari, insecurity has become a major electoral issue. The former army general had campaigned hard on security and vowed to defeat Boko Haram in the last election in 2015.

Shortly after his victory, the army made gains on Boko Haram, winning back territory, rescuing abductees and dislodging the fighters from their strongholds.

But in recent months, the fighters have returned, sacking communities, killing soldiers and kidnapping young girls and aid workers.

Hauwa Liman, a 24-year-old aid worker, was executed by Boko Haram in October after a deadline imposed by the group to release some of its imprisoned members expired.

Liman, a nurse with the International Committee of the Red Cross (ICRC), had been kidnapped by the armed group in March along with two other medical workers in Rann, Borno State.

Saifura Ahmed, a midwife with ICRC who was abducted at the same time, was executed by Boko Haram in September.

The armed group is still holding a 15-year-old schoolgirl, Leah Sharibu, who was abducted with 109 others in February from her school in the town of Dapchi, Yobe state.

“It’s obvious from the recent rampaging attacks on hard targets (military installations) that the Islamic sect is still a threat, contrary to the claims made by the Buhari administration that they have been technically defeated,” security consultant Don Okereke told Al Jazeera.

“Granted there are no quick fixes in fighting insurgency or terrorism, but many people didn’t expect this Boko Haram issue to last this long,” he said.

In December 2017, Buhari secured the release of one billion dollars in additional funds to boost the fight against Boko Haram.

That push, however, could not save the Nigerian military from suffering embarrassing attacks and questions have been raised over the lack of equipment for troops on the front lines.

“It is embarrassing to hear that seemingly rag-tag band of Boko Haram insurgents outguns and outmanoeuvres our soldiers,” Okereke said.

“We must remember where we were in 2015 and where we are now to appreciate what has been done,” Keyamo said.

“Some progress has been made,” he said.

Meanwhile, a resurgence of violence in central and southern Nigerian regions between nomadic herdsmen poses another threat to Nigeria’s stability.

Fighting between farmers and nomads has killed more people this year than attacks carried out by Boko Haram, according to a report by the International Crisis Group (ICG).

At least 1,500 people have been killed in such clashes since September last year.

“If Boko Haram insurgents and so-called ‘herdsmen’ continue to ramp up attacks ’til the presidential election, it will affect Buhari’s re-election bid,” Okereke said.

Nigeria has a history of election-related violence.

In 2011, more than 800 people were killed in post-election violence after Buhari was defeated by former President Goodluck Jonathan.

As another election approaches, fears of violence have grown amid concerns over what analysts say will be a close race.

“But with or without elections, it is the responsibility of the government to ensure that lives are protected,” Sanusi said.

The government, meanwhile, has called for a political unity against violence.

“We are not fully secure as a nation and for that, we must be ready to close ranks, irrespective of party or ethnicity, to ensure we get to where we ought to be,” Keyamo said.