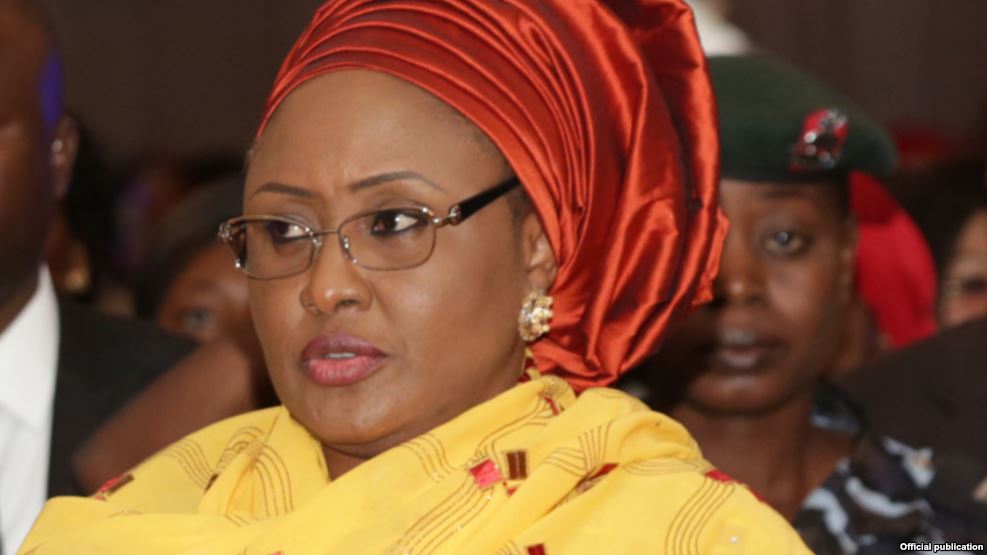 Nigeria’s first lady has warned the “hyenas and jackals” will be banished in a cryptic Facebook post apparently aimed at her husband’s officials.

They appear to be suspected of manoeuvring for presidency or deputy presidency while her husband is ill.

President Muhammadu Buhari has been in London receiving treatment.

The vice-president has been acting in his place while he is out of the country, but there is no suggestion he is part of any plot against Mr Buhari, our BBC reporter says.

Mr Buhari has spent two periods of medical leave in the UK, the first in January, returning home in March. He hinted he had undergone a blood transfusion, but did not explain what had been wrong.

He returned to the UK in May, where he has been ever since. Mrs Buhari, who joined him earlier this month, said in June that he was “recuperating well”.

Mrs Buhari’s latest comments came in response to a post from Senator Shehu Sani, who warned that people were “scheming… so that they can be kings”.

Prayers for the absent Lion King has waned,” he wrote. “Now the hyenas and the jackals are scheming and talking to each other in whispers; still doubting whether the Lion King will be back or not.”

But Mrs Buhari appeared to calm any concerns – suggesting her husband, positioned as the defender of the “weaker animals”, was on the mend.

“God has answered the prayers of the weaker animals, the hyenas and jackals will soon be sent out the kingdom.”

Her response was soon trending on Twitter in Nigeria, with many delighted by the suggestion her husband was on the mend.

But people were divided on her use of metaphor.