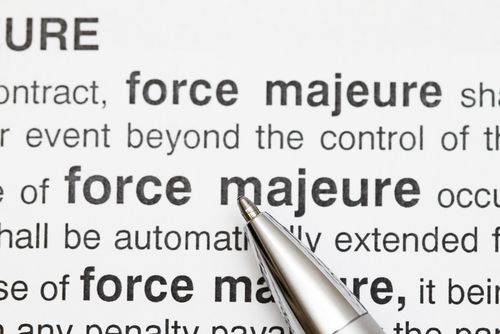 A subsidiary of Italian oil producer Eni has declared a force majeure following an attack on a key gas pipeline in southern Nigeria, the company said Tuesday.

The measure at the Brass Rivers terminal took effect Sunday after the Ogbaimbiri-Tebidaba pipeline was attacked by suspected militants.

“I can confirm the force majeure on Brass,” Eni said in an emailed statement.

Force majeure is a legal term that frees a company from any contractual obligation due to circumstances beyond its control.

The company said the attack on the pipeline – the second in under a month – led to an oil output loss equivalent to 4,200 barrels per day.

Africa’s leading economy relies on oil sales for 70 per cent of government revenue but income has been hit by the global fall in oil prices since mid-2014 and increased militancy.

Vice-President Yemi Osinbajo has said production is now at 1.4 million barrels per day, against a budgeted 2.2 million bpd.

A group calling itself the Niger Delta Avengers (NDA) has claimed responsibility for a wave of attacks on pipelines and facilities operated by Shell, Chevron and Nigeria’s state-run oil firm.

The Niger delta region was plagued by attacks on oil facilities and personnel in the 2000s by militants seeking a fairer share of the region’s oil wealth, until a government amnesty was introduced in 2009.