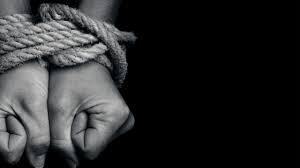 Police spokesperson Andrew Aniamaka said on Wednesday the four were abducted around 02:00 in Enukorowa community in the Burutu local government area. He says they include a doctor, his wife and two other men who were involved in preaching and providing free medical services to residents.

Aniamaka says it is believed that militants carried out the kidnapping. No ransom demand has been made.

Kidnapping for ransom is common in Nigeria. An Italian priest was kidnapped October 12, though Italy’s foreign minister said on Wednesday he has since been freed.